In the previous posts, I cover a lot of things around OSINT. There are, however, still some techniques and ideas which were kept untold. I kept them for this post because I feel they are mostly related to organizations. That being said, don't let this stop you from using them elsewhere. This post demonstrates them in the context of organizations. As always, I present you with some limited framework:

An organization is as good as its employees. With that being said, employees also like to write an anonymous review of their company. This is particularly useful when you are considering joining the company or looking to find the salary to ask. The most popular site for that is Glassdoor Company Reviews. Note that you will be required to log in before viewing all reviews. A similar site for reviews is Indeed. 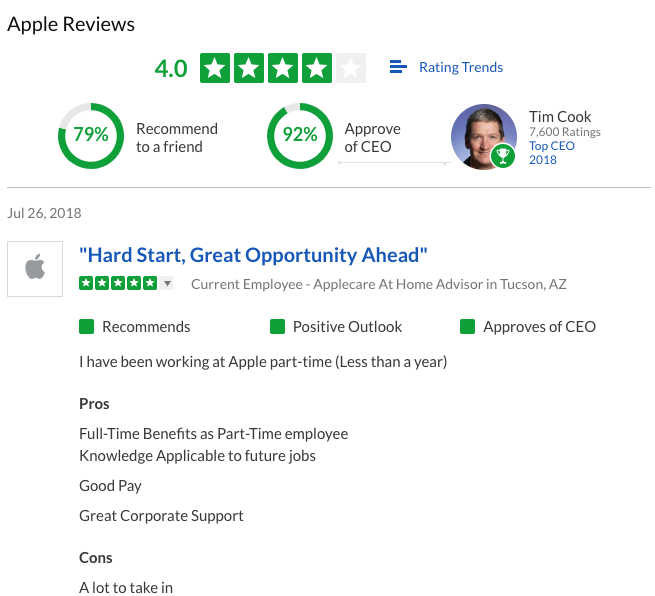 (Review of Apple Inc. on Glassdoor.com)

Business type information about a company tends to be specific to its country of registration, so I decided not to focus on that in this post heavily. There are aggregators such as opencorporates.com. I recommend checking OSINT framework as its Business Records for specific search provider.

From the eyes of pentester, knowing the technology stack of the organization is a valuable thing to have. You want to maximize your efforts, so knowing for instance which antivirus or outbound proxy is the company using might help you with structuring your attack. I like to do multiple things to find out these things.

The basic idea is this: You will check the organization's DNS cache to see, whether there were some previous requests to some specific domain. Why is it useful? Imagine the antivirus. It downloads the new signatures periodically. For instance, some updates from McAfee some from domain download.nai.com. You can use non-recursive DNS request to organization's DNS server to check whether this domain is in its cache or not. However, external and internal DNS servers must be shared (or at least their cache) and still, having a cache hit might be only a false positive. That's why I called it experimental. Let's look at a diagram that might make things more easy for you (or not):

You can execute the non-recursive DNS query using this dig command:

Another problem is that you need to know the domains of products (a.k.a snooping signatures). There is a project such as DNSSnoopDogg. However, they are not updated for some time.

The last of this post and probably my most favorite are public secrets. It is incredible, what organizations share publicly without them realizing it. This post in fact already covered two categories: Metadata and Exposed services.

There are, however, other types of public secrets. Firstly, there are secrets committed to git repositories. This usually happens by accident when developers work with code which has API keys or passwords hardcoded in the source code. When such code is committed to a git repository, it stays in its history even if the secret is later deleted (not purged). There are two projects which I use for scanning git repositories: gitleaks and truffleHog.

Similarly, paste sites are a gold mine for secret data. Developers tend to share code using these sites, and they don't tend to look on security aspect - often submitting code with included secrets. If you want to dig deep into this, I recommend using PasteHunter. It is a project which periodically checks popular paste sites and runs YARA signatures to check, whether it contains interesting strings. Alternatively, you can use ad-hoc methods such as using Google dorks: site:pastebin.com ORG_DOMAIN.

Lastly, I want to mention public S3 buckets. Recently, there were multiple cases where sensitive information was hosted in public S3 buckets. An S3 bucket can be configured as public which developers often opt to because it is easier to work with. The problem is that once the bucket name is discovered all its content can be seen by anybody without authentication. From the tools, I recommend bucket-stream which is a CLI tool. I also highly recommend a new tool which can be seen as Shodan for S3 - buckets.grayhatwarfare.com. 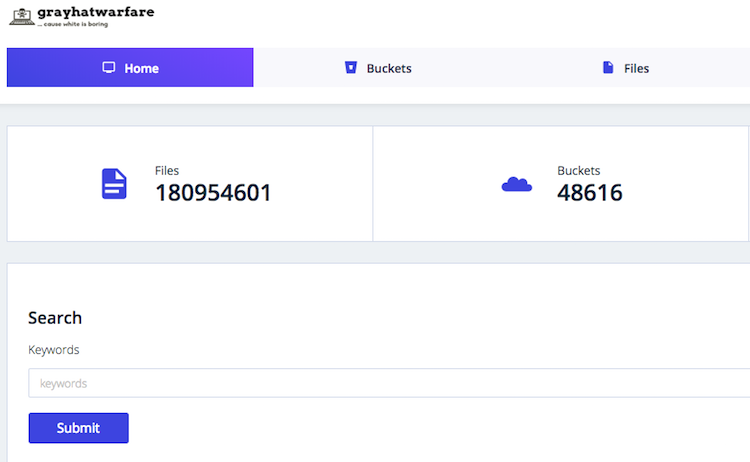 Part 4 of OSINT Primer will deal with Certificates. Stay tuned on Twitter to get it first.

Parts in this series: